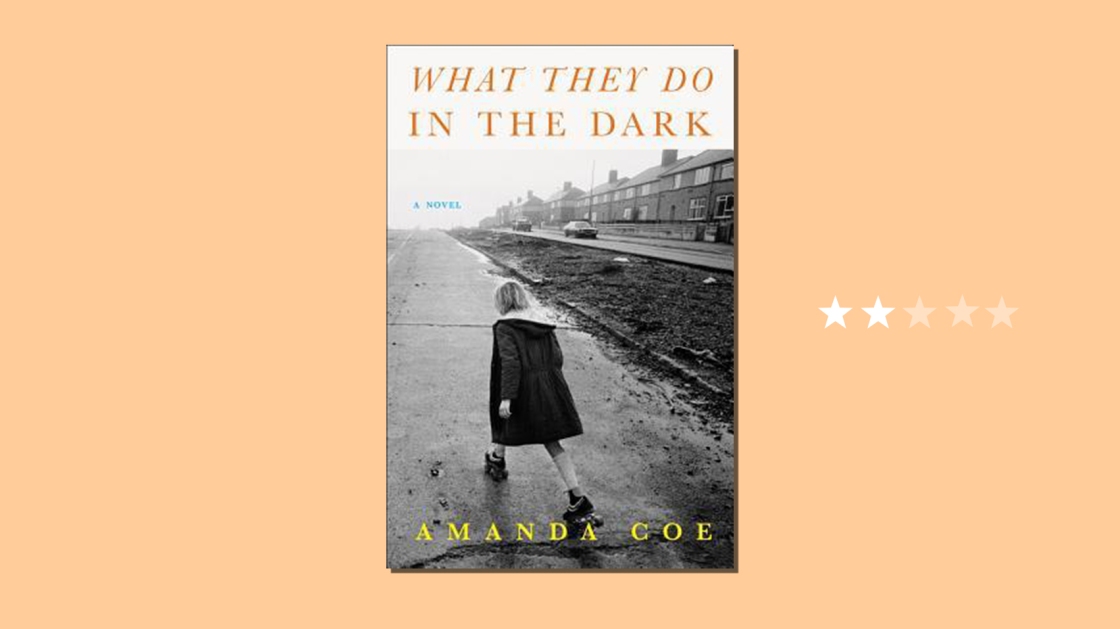 What They Do In The Dark

In general, I’m attracted to odd, dark reads and so when Coe’s novel landed on my desk I didn’t hesitate to jump right in. In retrospect, there are other books I should have started first. That was weeks ago, and a lingering sense of unease means I’m blogging about it now.

10-year-old Yorkshire girl Gemma encounters (as my mother would say) “a bad element” in her classmate Pauline. Pauline is rough, rude, and dangerous. Criminally neglected in a house full of siblings, an uncaring grandmother, and assorted other relatives who flit between the kitchen and jail, Pauline does not know what love is. Her mother works as a prostitute and on the rare occasions she is home, Pauline’s emotions veer wildly between adoration and fear. Gemma, on the other hand, does know what love is. That is until her mother ups and leaves her husband for wealthy widower Ian, taking Gemma along with her. This upsets Gemma’s routine, leaving her with only child TV star Lallie Paluza as a familiar comfort on the screen. When word gets out that Lallie will be using the girls’ school as a location for an upcoming art-house (read: dark story about paedophilia) film, Gemma feels life might just be taking a turn for the better.

Alas, it is not to be. Firstly, Pauline has developed an unhealthy attachment to nice-girl Gemma and takes to loitering around Ian’s house, much to the disgust of Gemma’s prissy mother. Secondly, the realisation that her parents are unlikely to reunite hits Gemma hard. Essentially, she is sad, little girl who misses her father. Thirdly, when viewed alongside the naturally grimy Pauline the casting director is not convinced Lallie-obsessed Gemma is art-house extra material. Cue massive disappointment for the already confused and overwhelmed youngster. All these elements led to a hideous climax in which the girls vent their frustration on their ill-fated schoolmate Cynthia. Which, I didn’t find very convincing. To me, the level of violence and hatred displayed by the girls seemed excessive and not in keeping with the characters’ development. Well certainly not in Gemma’s case, coming from Pauline the actions are less shocking. And no, it’s not as surprising as the twist in We Need to Talk About Kevin.

There is a sub-plot, Coe weaves the observations and secrets of Lallie’s film crowd into the narrative, to add perspective. In some instances, it works quite well. Ultimately though I failed to connect with Lallie, Katrina, her pushy stage mom, Vera the old-hand actor, or Quentin, the flashy American producer.

There are positives; Coe is a great writer; the story is still on my mind even though I finished reading it a few weeks ago. I just did not like her subject matter. It’s dark, bleak, and gritty and left me feeling sad. There was no redeeming humour, no glimpse of hope, just a cold reality. And worse still, cold 1970s Yorkshire reality. Coe strengthens the story and builds tension by hinting at the loss of both girls’ innocence along the way. Sections about Pauline working as a child prostitute, Gemma’s casual reference to Ian inappropriately touching her, the moment when Gemma is shocked by Lallie’s cigarette-smoking stunt double, are all well executed.

So that’s thumbs up for the author, thumbs down for the story.