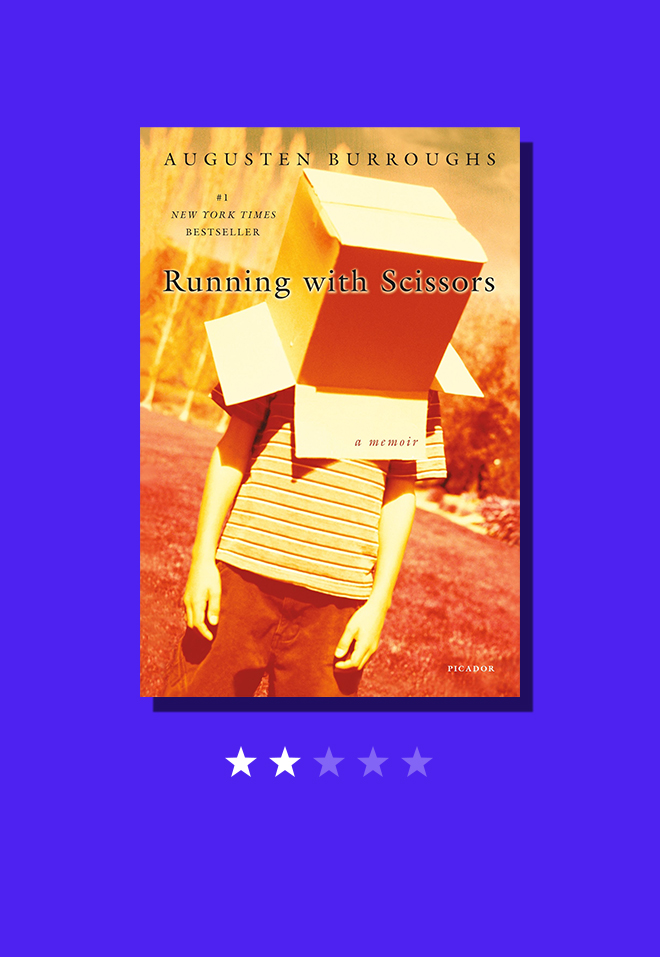 I was prepared to love this book.  Love it.  It had so many good reviews and everyone says it’s quirky, irreverent, and funny. As it turns out I only like it.

The thing is I’m not sure he would disagree.  It seems a pretty accurate description of his experience. Bewildered by his volatile parents, oddball young boy Burroughs has few concrete facts to help navigate his way through life.  1) He is gay, 2) shiny objects make him happy, and 3) he is destined for greater things than refereeing his parents’ constant and often violent altercations.

Unfortunately for young Burroughs things take numerous turns for the worse before it looks like he can make it out on his own in the world.  When his parents go their separate ways Burroughs sticks with his mentally ill Mom, Deirdre. Seemingly endless hours of therapy and questionable amounts of a variety of medications don’t seem to do the trick.  As a result Burroughs lives in constant state of apprehension and uncertainty  develops a robust mistrust of authority and genuine dislike for anyone he perceives to be leading a ‘normal’ life.  School days become difficult:

So he drops out of school.  Apparently with no rational, responsible adult in his life to enforce otherwise, teenage Burroughs spends his days smoking and hanging around with the Finches, the incredibly eccentric (and unhygienic) family of his mother’s psychiatrist.  Here years pass by in a blur of underage age sex with a much older man, depression, and constant tension and anxiety surrounding his mother’s mental health.

Burroughs’ honesty is like a bucket of cold water; technically refreshing but also a little hard to take.  Maybe he took creative licence with some of it.  His story is crude but I suppose life is crude.  And cruel.  And he captures both of those elements in his memoir.

I did love how thoroughly he depicted his personality.  The image of this unrepentant strange little boy with a fantastic imagination determined to go his own way was the reason I kept going with the book.  You see it in him as a kid polishing dimes and wandering solo through the woods, imagining a film crews zooming in for a close-up and still later, dreaming of his hair product business empire.  He doesn’t give up.

And he is funny.  Although in a tragic kind of way; so you feel a little twinge of guilt for laughing.